A downloadable game for Windows and macOS

HIVESWAP TESTISIM!! Is a continuation to Hiveswap Friendsim.  Say hello to some Homestuck trolls. Two new routes and friends to discover in Alternia. While you're stranded for more Hiveswap why not give this a shot?

Thank you for playing it if you did!

Hiveswap and Hiveswap Friendsim are owned by What Pumpkin and we claim no ownership of the core game or assets used from the core game.

In love with absolutely all of these characters, but Mafowl is my new best friend. I'm going to get past this point and click section if it kills me.

Thank you very much!

Well not that late, volume 4 is being worked on, just very slowly

very glad to hear that, cant wait until it's released :) (please take as much time as you need though)

sooooooo, I found this in the dating sim section? This game is great but im confused how it entered that section. XD

You simulate going on friend dates. Seems accurate to me!

Oh, now that I think about it, make sense I guess!

I just downloaded the game today and I am in love with all of these characters, especially Mafowl. There has been so much work put into this game. It's incredible. I'm not gonna spoil anything for anyone else that wants to play, but what you had to do to get that certain ending in Mafowl's part was an amazing idea.

Morart! Love that guy. A fun personality, a fun storyline, the threat of death even amongst outcasts- I love that shit. Top tier storytelling. The quiz almost got me off my high horse, but I managed, somehow. I am wary of his cooking skills but you gotta do what you gotta do... for friends. 10/10.

Taoobe! I was wary at first because uh. Clowns. As you know. But I ended up liking this chapter a lot! The quick-time event shocked me to the point where I almost. Just let the timer go on. But I made it, and somehow didn't make the worst decision? 10/10.

Canela! I love it when the other characters make the first move, no matter the genre. And I love being pursued. So this made me grin! Suddenly being threatened by Tyrone made me laugh outright. Seeing relationships outside of the friendships you make is also very fun. The puzzle also caused me a bit of panic but I figured it out just in time... somehow. 10/10.

Tyrone! I was so excited to see you could also bond with Canela's moirail (hopefully I'm spelling that right), because he seemed cool, and I am low on known seadwellers. I really empathized with his efforts to be a nicer person, and it helped that his efforts were also pretty funny to read. Getting a nap in that one route was nice, too. 10/10. 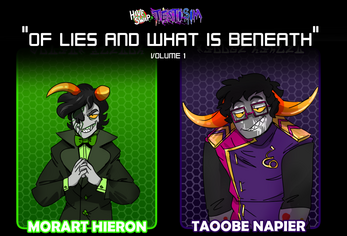 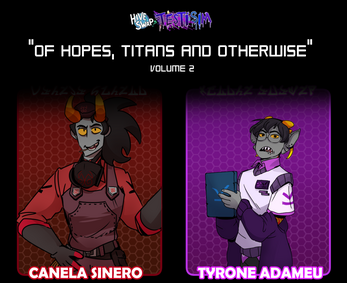 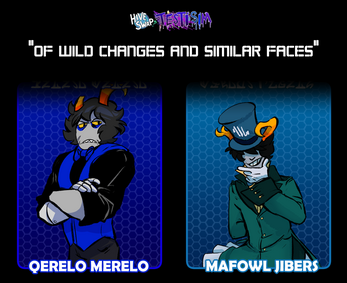